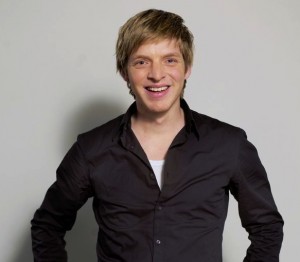 In 2006 (before there was even such a thing as the global brand Facebook, a love for patent wars, and linked open data was something to discuss with your hairdresser) I had to run a campaign to become a UN youth representative. Notwithstanding the thousands of votes I earned building something like a stone age viral, I lost. I lost to my future great friend Sandra with whom I afterwards travelled the world and quarrelled about making a dent in the universe. So actually, I won, but that’s another story.

Because of the campaign I met a lot of people who I have heard best described as the ‘undercurrent’. Small entrepreneurs, mostly, but also politicians, journalists, artists and even good old-fashioned ‘wage slaves’ who pioneered with things as pay what you want for their services, working from cafés and so much other things that are common nowadays.

The most important thing these wonderful individuals taught me was that whatever you invest in the world around you will come back to you. That’s why they invested in me, having known me only minutes, occasionally. For me, this was a shock. Why give away time, energy, money and your network for free?!

Yet I started investing. I spent a great part of the years that followed giving my time and energy to help others reach their goals. I experimented with doing the same online through blogging and being part of networks such as Yahoo Answers, of which my blog The Museum of the Future is one outcome. Now that I have some money, I also gladly invest money in crowdsourcing initiatives. I like the game, but I mostly like to see others succeed because I can share with them ‘stuff’ I have enough of.

Overall the investments (back-of-the-envelope calculation: about a full year of my time since 2006) paid out well. It brought me to Tanzania, had me meet people from all over the world and some of my best friends, helped me survive on a shoestring in Madrid and has given me the confidence that everything is possible if you only give.

In culture, the world looks in admiration at how successfully Nina Simon is transforming the Santa Cruz Museum of Art & History. I’m not surprised. She has shared and given so much to the world for so long (of which her blog is only a tiny part), that regardless of tech, media or whatever, now the time has come when the world cannot but give back. Well done, Nina!

Sharing is not about technology, although it helps to really give away everything at unprecedented scale. Sharing is about an attitude. It’s about giving without ever expecting something in return and giving to people who actually need, rather than don’t mind receiving (the difference between your real visitors, and the people that the government and your consciousness want you to reach).

Sharing, real sharing, is counterintuitive and it is so for good reasons. Sharing can be genuinely dangerous. Back in 2006 one of the first times I really gave, I was ‘robbed’. Not of money, but of time, energy and my budding network. I was used for someone’s own benefit and when I resisted our relation turned awkward. It was a very educational experience and one my new friends laughed about. “Did you really think you can change the world without making enemies?”

At this year’s “Sharing is Caring” seminar I will talk about how changes in attitude can help cultural institutions such as museums stay relevant in the 21st century, change the world, add real value and – probably – make some enemies. Sharing, genuine sharing, is one of these attitudes, but there are others too. My talk will not be this personal, more based on projects and processes I’ve been involved in, but I believe this story was also worth sharing, as it doesn’t matter what you share or how you do it, if you share fearlessly of the enemies you might make and regardless of what you will get in return, good things will come to you anyway. I look forward to hearing your stories in Copenhagen!

5 comments to “The counter-intuitive reality of sharing, and how to make some enemies”